Emma Wright, sometimes known as editorialgirl, is a digital content editor, prolific diary keeper and founder of Oh Dear Diary.
May 5, 2015 · 10:43 am

We’re really excited to announce that the first North West Oh Dear Diary will take place on July 14th at Gullivers on Oldham Street (in Manchester’s Northern Quarter), and you can buy tickets here.

If think you might be up for reading your diary, you can find the details at the bottom of this post. 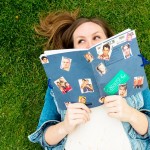 Now, I’ve never actually been to Manchester (say whaaat?) so I’ve enlisted the help of Tess from the wonderful If Destroyed Still True to be our Northern Correspondent. She’s been just brilliant so far, finding us a venue, putting the word about, and even liaising with the Greater Manchester Fringe to make Oh Dear Diary part of the festival in July.

I know, right?! It’s almost like we’re a professional show!

Now for the important bit…

Did you keep a diary as a teenager? Have you still got it?

If you still have a diary from between the ages of about 12 and 20 and think you might be up for reading some of it to a small and very appreciative audience, we’d love to hear from you.

To find out more (don’t worry, we won’t commit you to anything until we’ve had a proper chat), email readers@ohdeardiary.com, or get in touch on Twitter or Facebook.

Are there any spare tickets for Birmingham on the 30th?

I’ve been asked this question a lot this week so I thought I’d answer it here.

“Got any spare tickets for Thursday?”

The short answer is no.

…Sorry. We sold out very quickly this time, and unfortunately this meant a lot of people who wanted tickets were disappointed. There is a waiting list, however, and people will be coming along on the night in the hope of picking up a return, so if you’d like to be added to that you can email me or let us know via Twitter. We absolutely CANNOT guarantee you’ll get in, though.

(And if you’ve already bought a ticket but you know you won’t be using it, I’d be really grateful if you could let us know that, too, so that we can manage numbers a little easier on the night. We can’t offer refunds, though – sorry.)

Tickets for ODD2 now on sale!

We’re very pleased to announce that tickets are now on sale for the second Birmingham Oh Dear Diary and you can buy them on Eventbrite here. 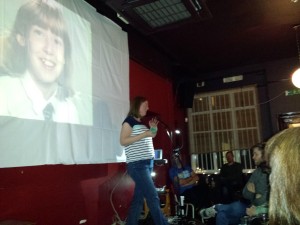 We’ve taken on board comments from the previous Oh Dear Diary – a few people mentioned that it finished rather late for a school night, so we’ll have shorter breaks and aim to finish by 10.30.

Space at Cherry Reds is limited, so buying in advance means you won’t be turned away at the door on the night. Last time we sold out before the event and it was a bit of a squish… so, as well as buying early, we recommend arriving early on the night to make sure you get a seat!

We loved putting on the first event in Cherry Reds last October and – woohoo – it seems like the rest of you loved watching it too. So we’re going to do it all over again. But first… we’re going to need some more readers.

Did you keep a diary as a teenager? Have you still got it? We’d love to meet you!

Do you still have have a diary from between the ages of about 12 and 20? Think you might be up for reading some of it to a small and very appreciative audience? We’re looking for people to read at Birmingham in April, and potentially Manchester in July. If that sounds like you, please let us know. And if it sounds like someone you know, please tell them all about Oh Dear Diary!

To find out more (don’t worry, we won’t commit you to anything until we’ve had a proper chat), email emma@ohdeardiary.com, or get in touch on Twitter or Facebook.

I know what you’re saying. “Oh, but mine’s really boring…” But the thing we’ve found about teenage diaries is… nothing is too banal or boring! Sometimes, the dull bits are the best (one of the funniest lines from last year’s ODD was when Ged told us she “got followed home by a dog”. Why is that funny? No idea. It just is).

If you’ve got diaries, but you’re not sure about sharing them, please email us anyway. If you’re local we could even meet up and have a chat about it.

And in the meantime, have a look at some of the videos from last year’s event – here you can hear our previous readers… and see some of the, er, amazing artwork they were kind enough to share with us.

We look forward to hearing from you! 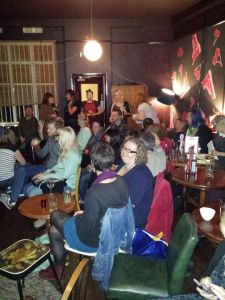 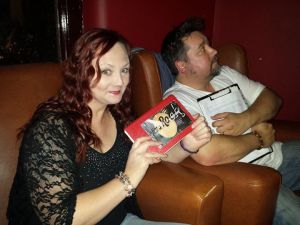 Well, it’s been a hectic few weeks but everything is falling into place for the very first Oh Dear Diary event. Woohoo!

We now have (fingers crossed) EIGHT brave diarists willing to share all on stage in just over three weeks’ time, including some very earnest song lyrics and poetry, and some amazingly accurate* sketches of teen crushes.
(*I have no idea if they’re accurate. If they are, then there were some funny-looking people around in the 80s.) 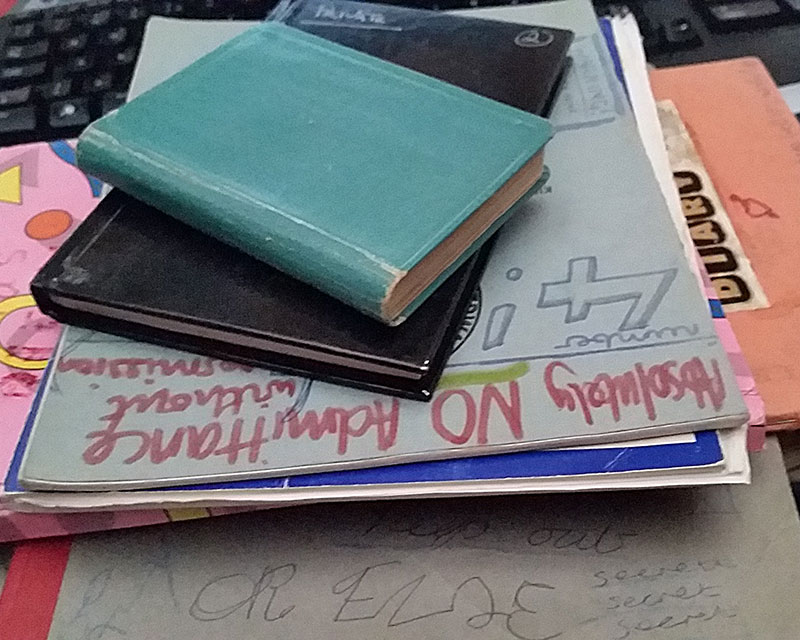 If you haven’t got a ticket yet, get yourself over to Eventbrite to buy online, or hope for the best and buy on the door. Doors will open at 7.30 on 9th October, so make sure you can get to Cherry Reds in good time to get yourself a seat.

You can now buy tickets for Oh Dear Diary on Eventbrite!

Yep, the first Oh Dear Diary event will be taking place at Cherry Reds in town on 9th October and we’d love you to come.

There are a limited number of Early Bird Advance tickets available – which will get you a whopping 50p off the door price – then, when these have gone, it’ll go up to the standard price of £5.

Space at Cherry Reds is limited, so buying in advance means you won’t face being turned away at the door on the night because we’re just too jam packed to take any more. Well, I hope that’s how it’ll go, anyway…!

I’m very pleased to announce that the first Oh Dear Diary will take place in Birmingham this autumn, as part of the Birmingham Comedy Festival.

I’ve still got my teenage diaries! Can I read mine?

Want to read your diary? Absolutely! If you’d like to read from your diary on 9th October, please email emma@ohdeardiary.com to sign up.

Aagh, no. I just want to watch.

…And that’s fine too (scaredy cat). Tickets will go on sale over the next couple of weeks – I’ll announce it all over the place as soon as they do.